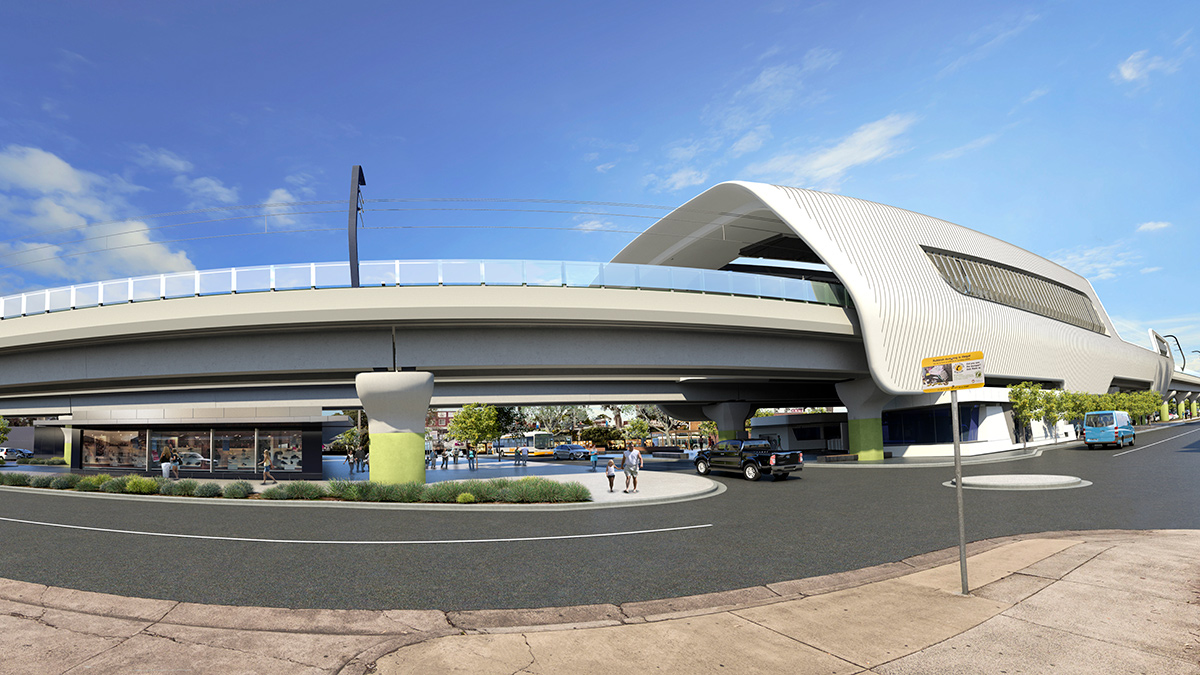 The first trains are running on Melbourne’s controversial 1.4-kilometre “sky rail”, and will open to passengers on Thursday.

Test trains ran on a new stretch of elevated rail through Noble Park over the weekend, as around 150 train drivers familiarised themselves with the first of three extended rail bridges the Andrews government is building to replace nine level crossings on the busy Cranbourne-Pakenham corridor.

Passengers will be able to ride test trains from Thursday as the government begins replacing nine level crossings on the Cranbourne-Pakenham corridor.

The existing station at Noble Park is being demolished and an imposing new above-ground station will also open on Thursday, although it is still under construction.

Premier Daniel Andrews said he was proud to be able to say that the Corrigan Road, Heatherton Road and Chandler Road level crossings were gone forever.

He pointed out that the recently decommissioned ground-level rail line had long been a barrier between Noble Park’s shopping strip on the southern side and its recreational centre, including a swimming pool and skate park, on the northern side.

“Well, now that is unified … and a community that’s been divided by a rusty, deadly corridor will now be able to be one community,” Mr Andrews said.

The three-level crossings are on the southern boundary of the premier’s Mulgrave electorate and he has said previously he looks forward to bringing his children to the new open spaces that will be built below the sky rail.

Public Transport Minister Jacinta Allan said the old tracks would be ripped up and those spaces, including an off-leash dog park, added in coming months.

The removal of nine level crossings between Caulfield and Dandenong is a $1.6 billion project, including the replacement of five railway stations. The project is due for completion later this year.