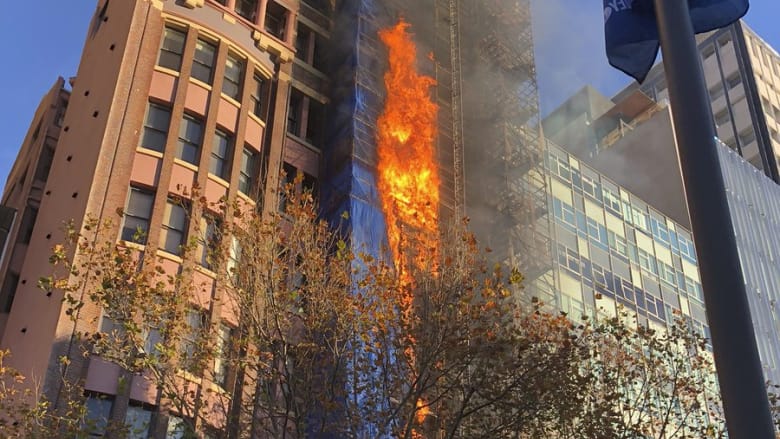 A huge blaze broke out on a construction site in Sydney’s CBD on Thursday morning.

A witness said there was a “huge amount of damage on the facade of the building” after the fire broke out just before 8 am, near Legal Grounds Cafe and not far from Parliament House.

Macquarie Street has been closed in both directions while firefighters attend the scene.

Scaffolding at the site caught on fire, Fire and Rescue NSW said.

NSW Police tweeted about 8 am: “Emergency services are responding to a fire at a construction site on Macquarie Street in Sydney. There have been no reported injuries. Diversions are in place.”

A witness, named only as Ignatius, told the Today show he “saw it start out”.

“It seems to have been started from some form of electrical spark or something on the plastic mesh and as we all know, plastic, as soon as it catches, it just goes up,” he said.

“In about five minutes, the whole building was ablaze. It was a very dramatic scene here.”

Ignatius said he thought the fire started about 7.45am.