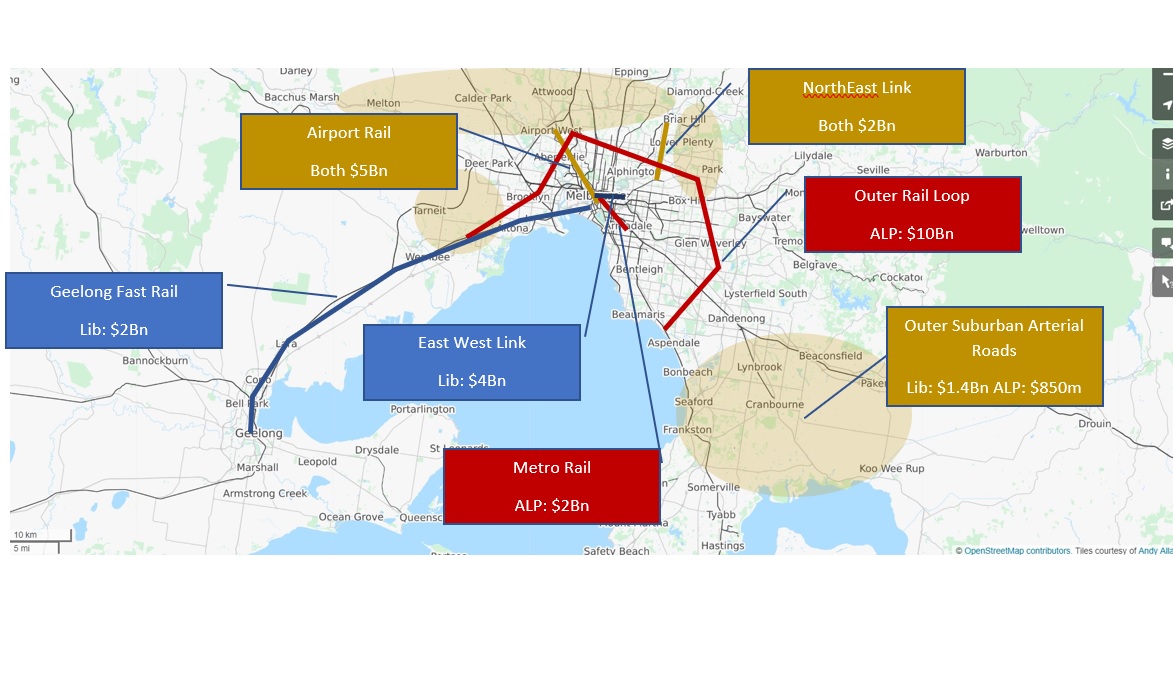 As another election roles around we thought we would take a moment to look at the infrastructure spending promised for the Melbourne region. Both parties have committed funds for some significant projects but we cannot help but feel a little skeptical about some of the ‘blue-sky’ proposals given what we already know.

It is safe to assume that given bi-partisan support, Airport Rail, NorthEast Link and the outer suburban road upgrade packages will all proceed in the coming years.

It is in the next pledges that we are less convinced. The ALP has committed $2Bn to Metro Rail (a project we were told was fully funded already?), $1Bn to the East Coast high-speed rail, and the Outer Suburban Rail Loop (a project that is estimated to take between 30-50 years to complete?). The Liberals have committed $2Bn to a Geelong Fast Rail Project (it wouldn’t be an election without some fast rail), and $4Bn to the ‘once-scotched’ East-West Link – certainly a necessary project in the fullness of time but between all of the other East-coast infrastructure works we find it hard to see this receiving the necessary resources (both personnel and materials) in the near future.

We may be being unfairly pessimistic but at least regardless of the election outcome we can start to extend the project pipeline out beyond the current works… all aboard the airport train!