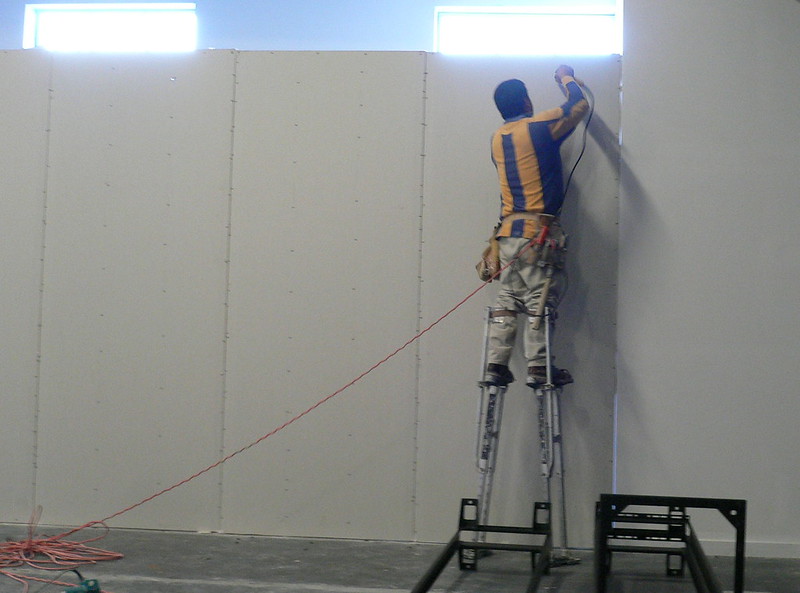 A San Francisco-based startup has made robots on the jobsite a reality in the form of a drywall taping and finishing machine that combines a 17-foot-high scissor lift with a robotic arm. The robot from Canvas is operated by humans to apply tape, spray mud and sand for a Level 5+ finish on walls while cutting a seven day job to just two.

Commercial contractors including Webcor, Swinerton and Suffolk Construction have partnered with Canvas, whose drywall technology has been used at the Harvey Milk Terminal at San Francisco International Airport, the University of California, San Francisco’s Wayne and Gladys Valley Center for Vision, the Newark (California) Civic Center and at the recently completed Chase Center Towers, adjacent to the Golden State Warriors’ new basketball arena in San Francisco.