Digital twin of a 300-acre sports and entertainment development created 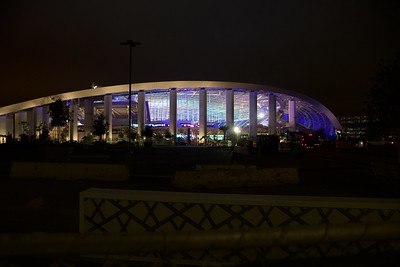 SoFi Stadium crossed the goal line in time for the 2020 NFL season, despite 49 workers testing positive for COVID-19 at the jobsite this summer. The stadium has already hosted a number of NFL games, and, as with many new professional sports stadiums, SoFi was designed with modernizing the fan experience in mind.

To compete with the comfort and safety of watching games from home, stadiums have tried to curate a larger spectacle, to include more boxes, nearby restaurants and entertainment areas. SoFi will host Super Bowl LVI in 2022, the College Football Championship Game in 2023 and the Opening and Closing Ceremonies of the 2028 Summer Olympics, as well as large events like concerts.

The use of digital twin technology will make it easier for facilities managers to enhance game days for patrons, said Jason Gannon, managing director of SoFi Stadium and Hollywood Park, in the announcement.

Read more in The Construction Dive