Demolition in Denmark goes badly wrong, crushing the building next to it 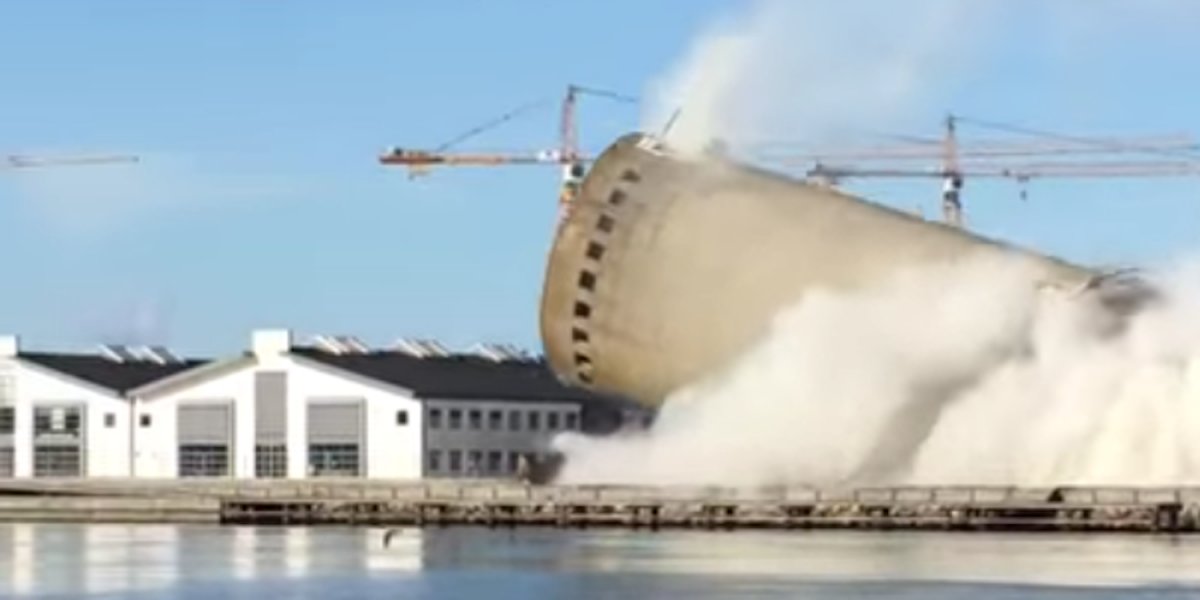 A library and music school in Denmark have been damaged after a 53-metre-high silo toppled the wrong way during a demolition.

Video of the explosion in the town of Vordingborg on Friday (local time) captured onlookers cheering at the detonation, only to cry out as the tower crushed the waterfront cultural centre.

No one was injured.

Danish newspaper BT reported the Danish Explosives Association said all preparations for the planned explosion seemed to be correct.

An investigation is underway into what caused the silo to fall the wrong way.

On Facebook, the Vordingborg local government said volunteer firefighters helped throughout the night to secure the cultural centre, which houses a library and music school.

The library said most of the building’s interior was not damaged but everything was covered in dust.