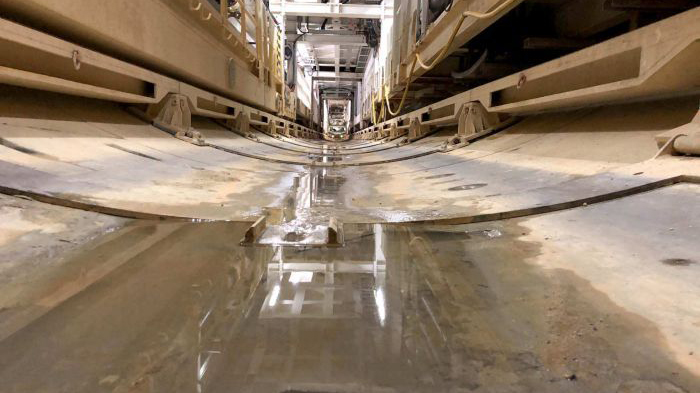 Worksafe WA has taken control of a construction area on the Forrestfield-Perth Airport rail link project where a worker was injured and knocked unconscious by a hose pipe.

The 26-year-old man was carrying out routine maintenance on Saturday night 20 metres underground in an open concrete box when a flailing compressed air hose which had disconnected from a steel pipe hit him in the head.

The New Zealand national is an employee of the SI-NRW Joint Venture (between the Italian company Salini Impregilo and the Australian company NRW Ltd), which is building the Forrestfield-Airport Link under contract to the Public Transport Authority.

A Department of Fire and Emergency Services spokesman said the man was lifted to safety by a crane from the box, which will form part of the entrance to the Perth Airport train station.

The man remains in a critical condition in Royal Perth Hospital.

“It’s not really possible to give a definitive length of time for the investigation but it will be very thorough,” he said.

“We will take what time we need but we will also do it as quickly as possible so that those who have been affected know some answers at the earliest opportunity.

“Our job now is to work out what went wrong and whether someone needs to be queried further about it so we can avoid the same sort of thing occurring again in the future.”

Tunnel boring machines were not operating at the time of the incident but one has already bored through the other end of the area to continue tunnelling.

Worksafe is continuing its site investigation.