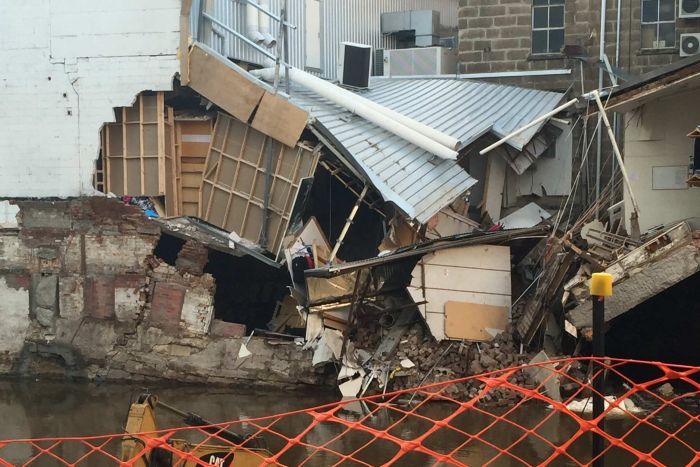 E Kalis Property Propriety Limited was charged with breaching the Building Act over the collapse of the Hobart rivulet wall at the site.

The matter has been going through the courts since July 2017, with the company consistently maintaining its pleas of not guilty.

The Director of Public Prosecutions (DPP) told the Magistrates Court in Hobart prosecutors would not be tendering any evidence on the charges.

In a statement, the DPP’s Andrew Goldsworthy said: “After receiving representations from the defendant’s solicitors and after further investigations conducted by CBOS, the DPP determined not to continue with the prosecution because there was no longer a reasonable prospect of conviction.”

In July 2016, parts of the Hobart Rivulet wall collapsed and flooded the Kalis-owned Myer construction site with millions of litres of water.

The department store’s adjacent to the Liverpool Street store had only just reopened after being destroyed by fire in 2007.

The flood shut the store for four weeks.

The collapse also brought down walls and floors in shops in the neighbouring Cat and Fiddle Arcade and construction machinery worth hundred of thousands of dollars was inundated.

A government-ordered audit released in October 2016 found cracks started appearing in the floors of shops in the Cat and Fiddle Arcade above the Hobart Rivulet three weeks before the collapse.

The report also found parties in the Myer redevelopment project knew that “not insignificant damage” had occurred to arcade shops 22 days before the collapse.

The State Government said at the time it made the audit public, that it was not considering charges against any other companies involved in the construction project.

No business or individuals are currently suing E Kalis Properties Pty Ltd over the 2016 flood.