Costco to develop distribution site the size of 20 football fields 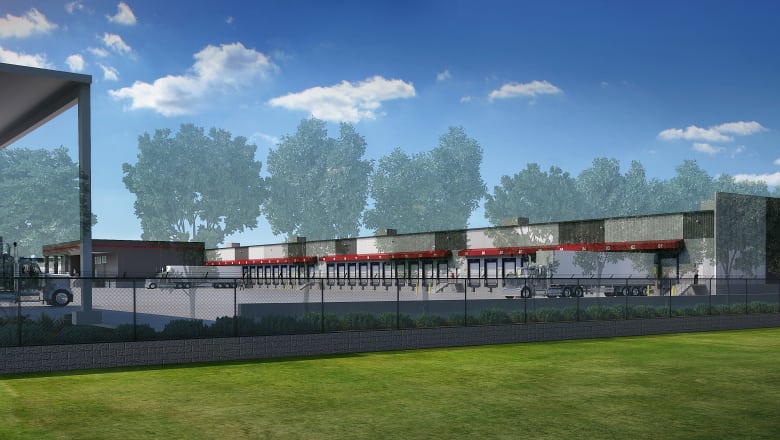 The rise in demand for bulky goods has led the US-based giant Costco to buy 14 hectares – about the size of 20 football fields – in western Sydney, to develop its national distribution centre, valued at about $77 million and creating about 1000 jobs.

The NSW government has approved the warehouse in Kemps Creek, owned by Goodman Group,  making it the company’s biggest facility in Australia.

Oakdale Industrial Estate is a joint venture between Goodman and Brickworks, located close to key motorways, with an end value of about $2 billion and has been suggested as a possible site for Amazon’s larger Australian warehouse.

Greg Goodman, chief executive of Goodman, has consistently declined to comment on Amazon in Australia. But Goodman is one of the online giant’s main landlords in Europe and parts of Asia. Amazon has its first, smaller fulfilment centre in Dandenong South, Melbourne.

The new site will be a depot to serve all Costco warehouses nationally, which now total nine and there are three other, smaller sites under construction in NSW, Victoria and Western Australia. Phase 1 at Oakdale will be completed at the start of 2019, and phase 2 within five years.

The 35,000 sqm distribution centre reflects the growth of the business that specialises in bulk selling of a vast array of items, from pet food to coffins. Costco first came to Australia in 2009.

“The location of these jobs is also strategically important for our State, with Costco’s new facility only a stone’s throw away from the future Western Sydney Airport site in Badgerys Creek,” she says.

Patrick Noone, chief executive of Costco Wholesale Australia said, “as we expand our business, we require a larger facility to serve the needs of our members here in Australia”.

“This location is ideal for housing our depot,” Mr Noone said.

In October, it started construction of a $40 million Epping Costco in conjunction with Pacific Epping Shopping Centre, in Melbourne.

Jason Little, general manager Goodman Australia said, “Goodman has a productive relationship with Costco both here in Australia at Moorabbin Airport in Victoria, and in the US at Goodman Commerce Centre Eastvale in California, and we welcome Costco to Oakdale here in NSW”.