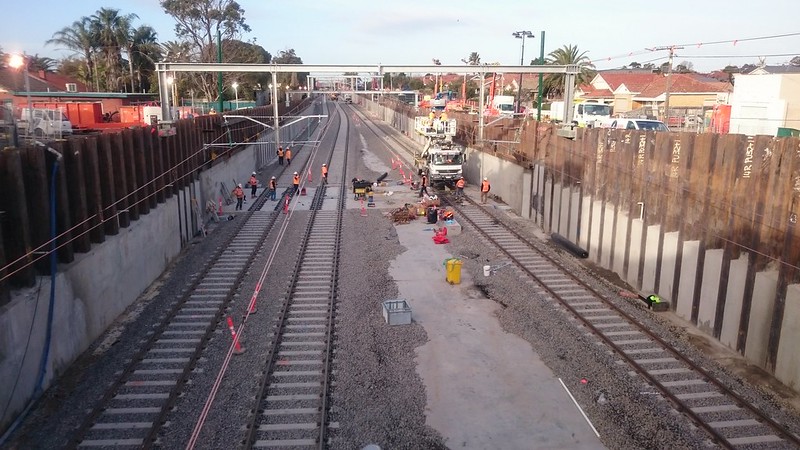 The Victorian Government has awarded a $631 million contract to Laing O’Rourke, Jacobs and Metro Trains Melbourne to remove two dangerous levels crossings in Melbourne’s east, in partnership with the Level Crossing Removal Project.

The premium station and precinct, designs for which were finalised following extensive community consultation, will include a widened pedestrian bridge that will form a small plaza connecting Beresford Street and the Hamilton Street shopping village. This will create more open space and a home for the existing Mont Albert station building, which will be retained for community use close to its current location.

The project will also include the construction of a new entrance at Montrose Street, providing better local access to the station and new open space with landscaping, as well as improved ramps with increased accessibility and fewer stairs.