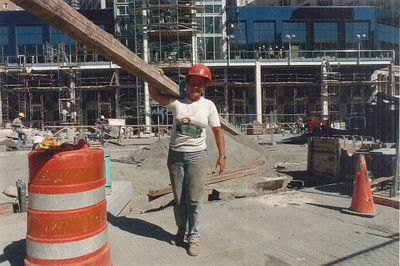 Here’s how 3 US based contractors are improving theirs.

When it comes to diversity and inclusion, construction is still on the ground floor.

Compared to the overall workforce, the construction industry is overwhelmingly White and male. Even though Hispanic or Latino people, which is a measure of ethnicity and not race, make up 30% of construction workers, they’re often in lower-level positions without opportunity for advancement, enforced by what Turner Construction CEO Peter Davoren calls the “caste system” of construction’s top-down hierarchy.

While the numbers are lamentable in themselves, they’re becoming a larger issue for contractors who are running into diversity and inclusion requirements from clients and government agencies.

“It’s been slow to come to the construction industry,” said Linda Foggie, senior vice president of New York-based contractor and owner’s rep Turner & Townsend. “It’s hitting other industries much faster, but now it’s coming to construction, too. You need your company to be ready.”

Despite the industry’s homogeneous statistics, more firms today are being intentional about increasing diversity in the workforce and making construction more inclusive for all people who want to be in it. Here, Construction Dive spoke with three construction firms that are putting in the work to change the faces of their workforce about how they’re tackling the issue.

At Milpitas, California-based XL Construction, senior vice president of integrated solutions Chris Bailey says the company has a goal on its projects of 25% participation of underrepresented business enterprises (UBEs), including minority and women-owned subcontractors and trade partners.

While it hasn’t reached that goal — it’s tracking at about 18% today versus 14% a year ago — it is making progress, with the following breakdown of UBE inclusion across its various business segments:

For Priscilla Chavez, who joined Denver-based PCL Construction in 2016 as its diversity and inclusion manager, overcoming the established process for hiring subs at a company founded in 1906 was one of the first challenges she faced.

“Human beings are a creature of habit, and after being in operation for more than 100 years, it’s easy to say if it’s not broken, don’t fix it,” said Chavez, who now serves as business development manager at PCL. Some of Chavez’s tips include:

Start at the top. Her solution was to first ensure she had buy-in from the top of the organization so she could effectively insert inclusion initiatives into existing processes, a step she considers crucial for other contractors trying to do the same.

Partner with community organizations. In Los Angeles, for example, she’s partnered with the Los Angeles and Orange Counties Building and Construction Trades Council to reach 70% of local workers on her projects there.

Be proactive. Overall, PCL has a pipeline of $1.5 billion in work with a diversity, equity and inclusion component.