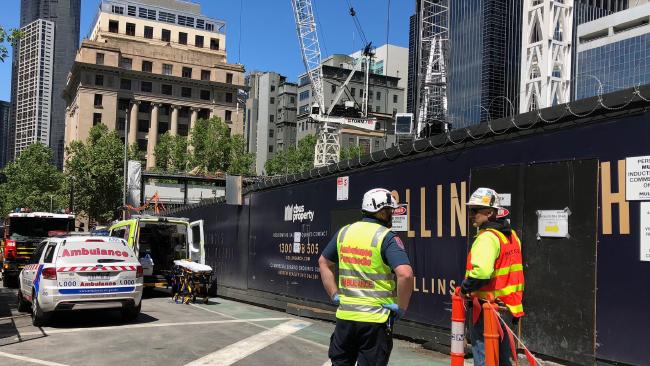 A construction worker has been rescued after he fell several metres on a building site in Melbourne’s CBD.

A MFB spokesman confirmed fire crews were conducting a “high angle rescue” on the corner of Market and Flinders streets.

The man is believed to have fallen between scaffolding and other work equipment, making the rescue a delicate operation.

An Ambulance Victoria spokeswoman said the man suffered minor back injuries and was conscious during the rescue effort.

The circumstances surrounding the fall are not yet known.