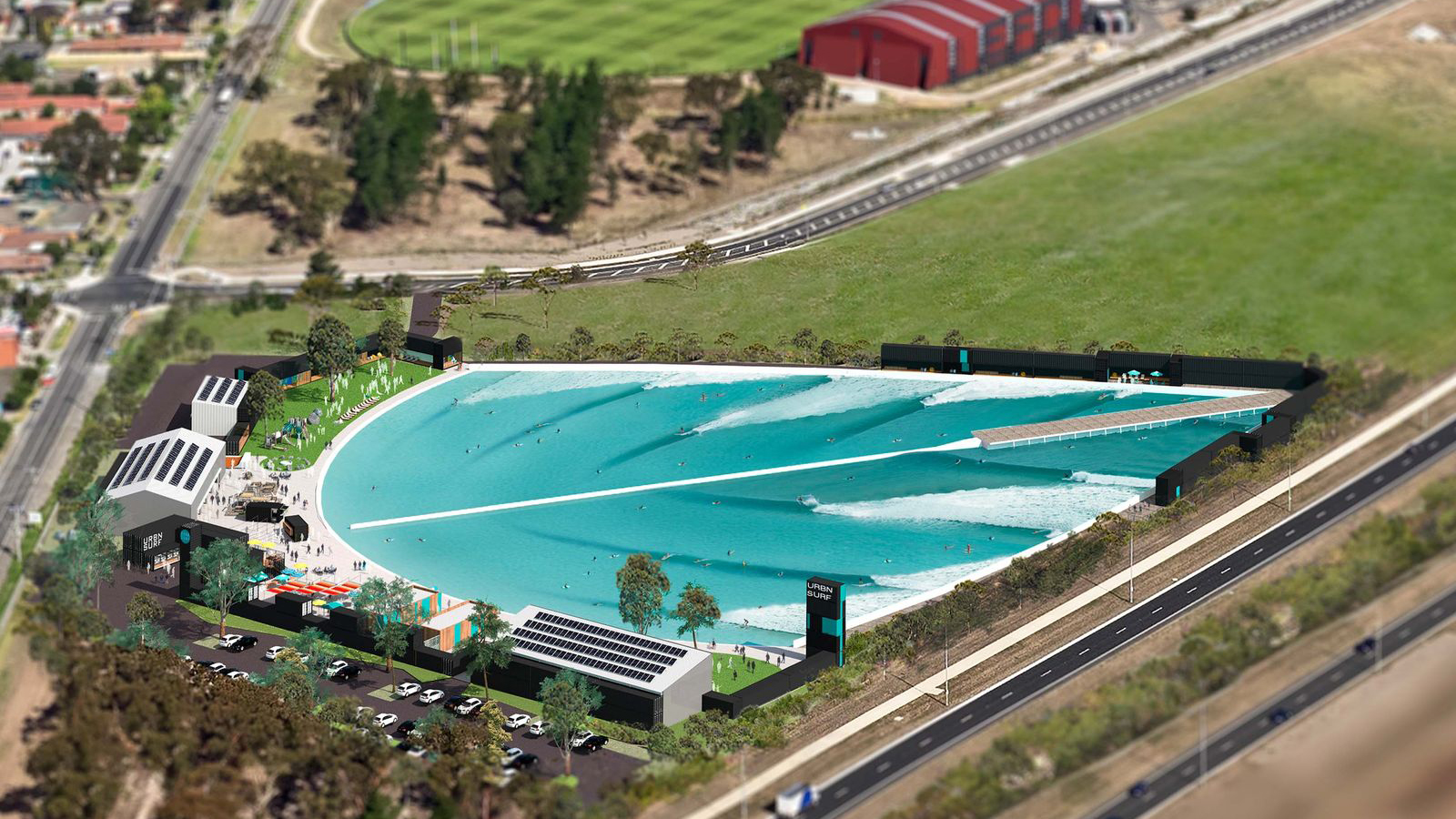 Construction has today kicked off on URBNSURF Melbourne at Tullamarine Airport, marking the first of three surf parks planned for Melbourne, Sydney and Perth.

The park features a 2.1-hectare lagoon which promises to pump out 1000 two-metre waves every hour and is designed to produce waves for surfers of all capabilities.

The precinct will also feature a surfing academy, fitness classes and multiple food and bar outlets.

URBNSURF Melbourne is estimated to cost $20 million and create 300 jobs for Victorians when it opens in Easter 2019.

The project is expected to give the local economy a $267 million boost.

“As the sporting capital, we’re delighted to add Australia’s first surf park to our arsenal. This park will bring even more visitors to the region – and that means more jobs and a stronger economy,” the state’s Victoria’s Minister for Tourism John Eren said in an official statement.

Work on URBNSURF Sydney at Olympic Park is expected to begin next year, while Perth’s surf park on the Swan River won’t get underway until 2020.