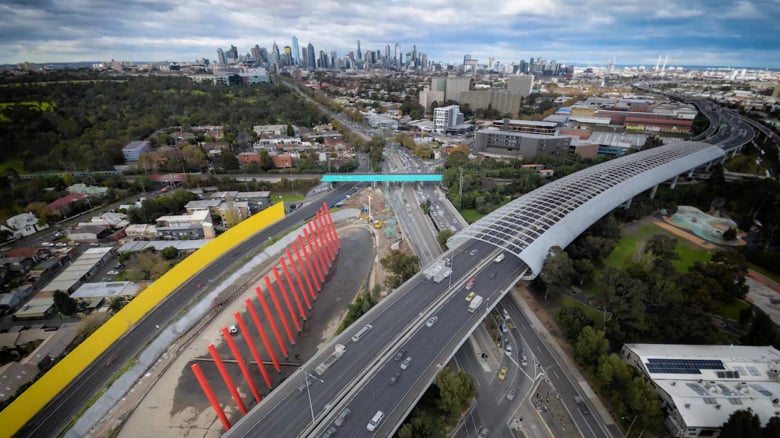 Drivers are travelling faster, getting to the city sooner and spending less time in traffic between Melbourne Airport and the CBD, following the opening of new lanes on the CityLink Tulla Widening project.

An average 8am trip between Melbourne Airport and Bolte Bridge that used to take nearly half an hour is now taking just over 16 minutes at the busiest time of the morning.

By slashing more than 13 minutes off travel times, the project is on track to well exceed the projected travel time savings of 30 minutes off a round trip from the CBD to the airport, with more new lanes still to open

Prior to the project, traffic gridlock would see drivers travelling at average speeds around 41 km/h. With the introduction of new lanes, average speeds have increased to 74 km/h.

“Average speeds into the city have jumped to 74 km/h thanks to new lanes, smart on-road technology and better reliability on one of our busiest traffic corridors,” said Minister for Roads and Road Safety Luke Donnellan.

Drivers are also enjoying more reliable journeys into the city with the addition of more lanes, which is reducing flow breakdowns and evening out travel times from day-to-day.

Travel times dropped in November 2017 when new lanes were opened between Bulla Road and the Burnley Tunnel and again at the start of May when a section was opened between Melbourne Airport and Melrose Drive.

Drivers are expected to continue seeing travel times fall when new lanes are opened between Melbourne Airport and Melrose Drive over the coming weeks.

Outbound travel times, between the city and Melbourne Airport, are expected to improve when work wraps up and new lanes open to traffic around the Bulla Road and English Street sections.

Speed limits will be returned to 100 km/h permanently from Melrose Drive to Melbourne Airport when the project is completed. Dynamic overhead speed signs will allow traffic controllers to raise and lower speed limits on the entire CityLink-Tullamarine corridor, including the remaining section between Bulla Road and Melrose Drive.