Building for the future in airspace 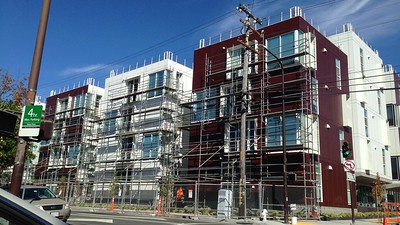 The London Borough of Southwark’s planning committee has approved construction of a four-storey airspace development in Bermondsey.

The planned development on St James’s Road in southeast London.

A new development company called Skyroom plans to add four storeys onto an existing three-storey block of flats by lifting into place prefabricated modular units transported by road from a north of England factory.

The developer said that the new homes would be “installed by cranes over a period of weeks, not years, eliminating the need for existing residents to vacate their homes, and significantly reducing typical disruption to neighbours and the local communities”.