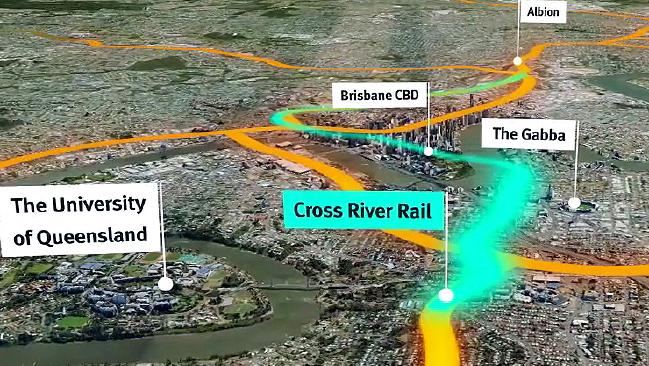 THE government of the Australian state of Queensland has given approval for work to begin on Brisbane’s $A 5.4bn ($US 4.07bn) Cross River Rail project, following a commitment in the state budget to fully fund construction and allocate $A 2.8bn in funding over the next four years.

Cross River Rail is a new 10.2km line between Dutton Park and Bowen Hills, including a 6km tunnel under the Brisbane River and city centre, which will add capacity to the Brisbane TransLink suburban network.

A war of words between the state and federal governments has clouded the announcement. In its 2017-18 budget the federal government indicated that Cross River Rail could benefit from its $A 10bn National Rail Programme designed to support rail projects in major cities.

However, the federal government says it is not prepared to make a commitment to the project while it is still being considered by Infrastructure Australia (IA), and will wait for IA’s assessment.

Premier Mrs Annastacia Palaszczuk has said she is still hoping for a federal funding contribution, but has indicated the state is prepared to go forward with the project alone if necessary.

Meanwhile, the Cross River Rail Delivery Authority has approved the demolition of the GoPrint site at Woolloongabba, to enable construction to begin. The former rail and tram depot, which will eventually become the new Woolloongabba station, one of four new underground stations planned along route, will also be used as the primary staging site for the tunnel boring machines required for the project.

Construction Advisor is a management consulting firm providing specialist advice and people to the construction industry within the areas of Commercial, Safety, Human Resources, Projects, Business Strategy, Coaching and Workshops.

We’ve done a lot of work in the industry alongside Government Agencies, Tier 1 Construction Contractors and a number of Sub-Contractors, all of which face challenges – some the same, some different. An issue that consistently comes up is the lack of centralisation of construction information, advisors and resources i.e. having one place to go to find all things construction.

We are currently undertaking a project to create Australia’s first Online Construction Marketplace where we will provide just that.

We welcome all enquiries about how we can help your business in this time of unprecedented construction demand and project complexity.