Big year ahead for $9.9B Torrens to Darlington project 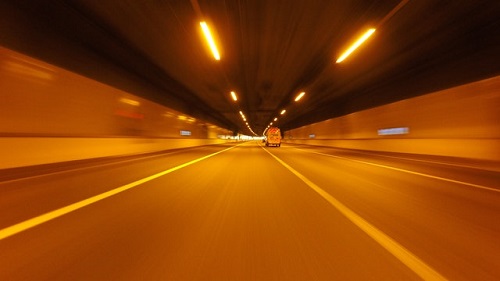 (Photo by Mike from Pexels)

The $9.9 billion Torrens to Darlington (T2D) Project is entering an exciting new phase following the release of the motorway’s Reference Design, with residents and businesses playing an increasingly important role in shaping how it will be delivered.

The project is talking directly with industry to maximise opportunities for local businesses, and a targeted round of grassroots community consultation on the design is underway to ensure major benefits are delivered for neighbourhoods near the new motorway.

The T2D Project will complete the final 10.5km of the 78km North-South Corridor spanning Greater Adelaide, and is the biggest road infrastructure project in South Australia’s history, supporting more than 4,900 jobs during peak construction.

Once finished, the T2D will reduce traffic congestion by taking 130,000 weekday vehicle movements off heavily congested South Road and into tunnels. This will improve travel times by about 20 minutes to deliver a nine-minute journey between the River Torrens and Darlington.

About 60 per cent of the motorway will be in two sets of twin three-lane tunnels: the 4.8km Southern Tunnels and the 2.2km Northern Tunnels. These will be built by some of the largest tunnel-boring machines (TBMs) used in Australia, which are planned to operate continuously once launched.

The TBMs will progress 8-10m a day, which means they will be tunnelling under most properties for only two to three days. The depth of the roadway in the tunnels will vary, with the deepest point in the Southern Tunnels being about 50m underground and in the Northern Tunnels around 30m.

The Executive Director of the North-South Corridor, Susana Fueyo, said the publication of the Reference Design on 28 November 2021 was a critical project milestone.

“The Reference Design shows how the motorway will operate as a whole and how it will save over 480 properties, avoid impacting any significant heritage site along the corridor, bypass 21 sets of traffic lights and unlock 78km of free-flowing motorway,” Ms Fueyo said.

“The project will generate long-term benefits for the entire state, and the design creates an unparalleled opportunity for communities to revitalise and reshape their neighbourhoods.

“Thousands of South Australians have provided feedback about the design after looking at the plan on the T2D website, attending Community and Business Reference Group meetings, or visiting displays and information kiosks across Adelaide.

“Their valuable perspectives and suggestions are now being considered as part of the Project Assessment process of the T2D Project. “This vital new phase ensures that robust environmental, social and engineering investigations are undertaken to identify potential impacts that will be used to inform the detailed design.”

Another avenue for community input is the T2D’s City Shaping Strategy, which will work with locals to enhance those suburbs near the planned motorway by strengthening cycling connections, upgrading parks and reserves, and improving community facilities and green spaces.

The strategy will see a $125 million dedicated fund to carry out selected projects, developed in consultation with the community, with further details of the program expected to be announced early in 2022.

“As well as delivering a new world-class motorway, the T2D Project offers people a chance to rejuvenate their own neighbourhoods, and to make them even greener and more liveable,” Ms Fueyo said.

First tenders to be released in 2022

On the industry engagement front, the Department for Infrastructure and Transport is continuing to consult with business in the lead-up to the release of the first tenders for construction work.

“The scale and complexity of the T2D Project means the scope for industry involvement is immense,” Ms Fueyo said. “About $104 million worth of contracts – supporting a total of 287 jobs – have already been awarded to carry out enabling works, such as ground investigations.

“But from here, the value and breadth of the contracts will increase astronomically as we move closer to the beginning of major construction.

In late 2021, the T2D Project undertook an intensive “market-sounding” campaign with more than 100 businesses, exploring issues such as the “packaging” of works, contract form, the supply of labour, and the capabilities of construction contractors and service providers.

“Those market-sounding conversations are continuing in early 2022, with the T2D Project likely to issue its first expression of interest in the third quarter of this year,” Ms Fueyo said.