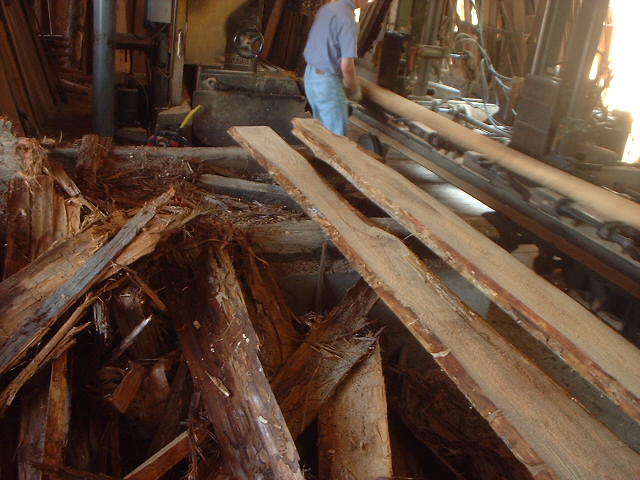 Pandemic-related international supply chain issues have left Australia with a debilitating downside to its earlier than anticipated economic revival: the country now faces its worst material shortage in over 40 years, with the construction sector struggling to find innovative solutions.

Also impacting the shortage is the unprecedented demand for work spawned by a combination of record low interest rates and the Morrison government’s HomeBuilder scheme stimulus, which the Housing Industry Association forecasts to drive more than 143,700 new builds this year.

Additionally, environmental factors such as extreme rainfall and flash flooding across certain regions, particularly Queensland, have impacted suppliers’ ability to transport materials around the country.

Scott Brumfield, Construction Manager at Australian owned and operated construction group Hansen Yuncken, says ‘delays in sourcing materials, from international suppliers especially, is not a new issue for Australia, given its geographical location, but one exacerbated by COVID-19 among other factors and we now have a crisis on our hands’.

‘Steel prices have risen by 15% which is a significant increase when you’re talking about large scale, multimillion dollar projects, with lead times taking up to eighteen months,’ said Mr Brumfield.

‘In terms of our large-scale projects like Adelaide’s SkyCity casino expansion, which used 2200 tonnes of steel, and the redevelopment of Adelaide’s Her Majesty’s Theatre, which used 950 tonnes, the rising price of steel has significantly lifted overall project costs.

‘Testament to the Hansen Yuncken team however, we were able to carry out these project works while remaining under budget. The main tactics used to mitigate the crisis is by incorporating “shop drawings”, or design intent plans, as early as possible to try and give clients an idea of costings and timings to the best of our ability.

‘It is almost inevitable this will be an ongoing issue so addressing it now will actually benefit the industry, and therefore Australia’s economy, long term,’ said Mr Brumfield.

‘Australia’s best insurance is providing support for local capacity of steel production which the Federal and State Governments have been doing well to promote – more efforts toward supporting local producers would certainly help.’

Max Baroni, Operations Manager at Hansen Yuncken, says the crisis has piled on to existing challenges faced by the industry as a result of COVID-19.

‘Even before the national timber and steel shortage, there were massive delays in sourcing materials like tiles, vinyl, glass and aluminium due to pandemic-related backlogs,’ said Mr Baroni, ‘and the origin doesn’t discriminate.’

‘We experienced issues in sourcing bricks from Spain, for example, which took about nine months longer than usual.

‘Some tiles that were meant to come from Dubai were unavailable, in which case we had to change the design and source locally-made tiles instead.’

This, Mr Baroni says, required open communication and understanding between Hansen Yuncken staff and its clients, ensuring they understand that project timelines may be extended and that prices of materials may only be guaranteed for a shorter period of time than usual.

‘Another way we’ve been navigating the situation is by sourcing from several suppliers instead of one. In many cases, suppliers have been able to break up bulk orders to tide us over.’

Despite these challenges, Mr Baroni and his team at Hansen Yuncken recently completed the construction of Anglicare Minto retirement village, a flagship development aimed at helping older Australians live independently.

Another project which seemed a near-impossible feat, given the current climate, was the completion of the Q Building at University of Newcastle’s Honeysuckle City Campus, involving a facade consisting of 113.4 tonnes of timber.

Jonathan Russell, Hansen Yuncken’s Project Manager for the Q Building which opened its doors to students on 19 July 2021, said ‘the extensive use of timber on the Q Building required a unique approach, navigating the long lead time for timber supply from Europe during a global pandemic.’

‘Thanks to our well-developed BIM management techniques, advanced build methodology and reliable partner networks, not only did we manage to secure a total of 24 container loads of timber and accessories, but we also completed the mass timber elements ahead of schedule,’ said Mr Russell.

Scott Brumfield is urging workers across the industry to stay optimistic despite these challenging times, saying ‘this is possibly the most challenging period the sector has seen since Australia’s pre-Olympics construction boom in the 1990s but there are ways around it.’

‘Testament to the dedicated workers across Australia’s construction sector, we will continue to find innovative ways to keep working.’