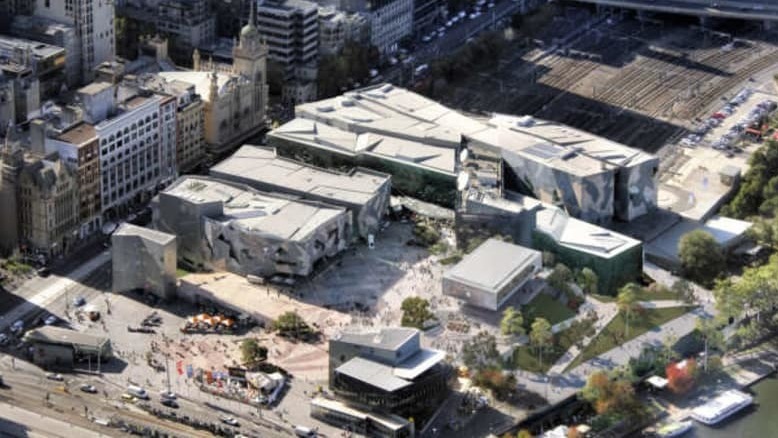 Apple has released a new vision for its flagship store to be built in Melbourne’s Federation Square after a public backlash against the original design, which some dubbed a “Pizza Hut pagoda”.

The new “refined” design includes a glass rectangular structure which will resemble a floating iPad and will include a new roof design to allow for solar power.

It comes after plans to build the store divided Melburnians after it was approved by the state government last December.

The council then voted to pressure the government and Apple to consider a redesign, after it received over 800 submissions from the public rejecting the design.

The new design, released on Friday, comes after a series of workshops which involved Federation Square management, the state government, Melbourne City Council and Apple.

It is part of a broader revamp of Federation Square, which will include a new train station entrance, more public space, and better access to the river.

The addition of the Apple store is expected to attract an additional two million people to Federation Square.

Federation Square CEO Jonathan Tribe said the Apple store redesign was “consistent with Federation Square’s Civic and Cultural Charter, which recognises Melbourne’s pre-eminence as a centre for creativity and innovation”.

The flagship Apple store includes space for concerts and free events which will be programmed daily, as well as technology, design and art workshops.

The new store should better connect the square to the Yarra and Birrarung Marr.

Lord Mayor Sally Capp said during her election campaign that she gave in-principle support for the $100 million store proposal, “as long as the design is sympathetic to the existing features of the square and its position on the Yarra River”.

However, lobby group Citizens for Melbourne has campaigned against the store, collecting more than 100,000 signatures on a petition against the Apple development.

It was also revealed by The Age in January that Premier Daniel Andrews’ cabinet was divided over the Apple store plan, before Planning Minister Dick Wynne approved it.

“These minor design improvements can’t paper over the fundamental issue that the state government is demolishing part of Federation Square – Melbourne’s premier civic meeting space – to build a store for one of the world’s richest companies,” he said.

“The public wasn’t consulted the first time, and they haven’t been consulted in the so-called design review. The state government continues to hold the public in contempt.”