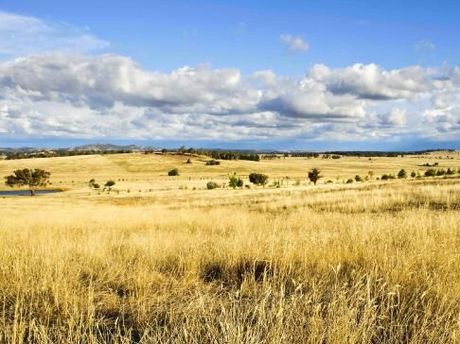 A UTOPIAN vision of Australia adding new cities and a high-speed rail network is a step closer.

Private group CLARA wants to build three “cities” between Canberra and Sydney along the rail link with a combined cost of $75 billion.

The journey between the two capitals could take just 48 minutes and the trains would be travelling at speeds of up to 430km/h.

A further two cities are planned along a Melbourne and Greater Shepparton route costing around $51 billion – with a 35-minute rail link.

So how on earth is this all going to be funded?

CLARA CEO Nick Cleary claims it won’t technically cost taxpayers a cent, as it would be paid for with “private based value capture model” – which would pull money from Asia. However, he admitted it would need “support” of government on all levels and couldn’t yet say where exactly the Asian investment would come from.

“The finance would come mainly out of Asia – we have interest from three different countries,” he said. “The funding mechanism comes out of the value creation from the cities.

“So, we’ve secured land in those regions on which to build our cities. When we turn that land from agricultural land to high-value residential, retail, commercial and industrial land – the value created from that is ample enough to give us the resources to offset the capital costs of the large scale infrastructure. This is the high-speed rail, but also the major infrastructure in each of our cities.”

The bold businessman said each city would have a maximum of 400,000 people – to ensure maximum livability with a mix of homes, from high-rise towers to houses.

“Each of our cities will have a capital investment of around $3 billion to provide major infrastructure such as water systems, waste systems, sporting facilities, arts and culture, emergency services, medical services and schools,” he said.

He said the only obstacle for the project is getting the political support. The group is looking to start construction in 2021 on the Sydney-Canberra route and believes its cities could be operational by 2026.

The group has a plan to “rebalance the Australian settlement”, building “new, regional compact, sustainable smart cities and connect them by the world’s most advanced high speed rail”.

Mr Cleary said the cities would have between 5000 and 10,000 jobs provided by US technology firms and infrastructure before people even move in.

“That would provide our anchor,” he said. “So, when each of these cities opens, there won’t be one job, there will be 10,000 jobs that have been relocated from somewhere else in the world.

“Small and medium enterprises need that anchor to get started. What 10,000 jobs means to us is a city of 25,000 people – they have demands for emergency services, schools, shopping hospitality – all of these things create growth from day one.

Mr Clearly said the cities would have high-rise apartments, because “that’s what people like”. However, he added they would be not be “concrete jungles”.

“They would have pedestrian ways and cycle ways, it would be an opportunity to change the way we connect in our communities,” he said. “But they are compact cities and we won’t apologise for that.”

So what will all these new cities be called?

Mr Cleary said CLARA will engage with the “much-wider community” to come up with the cities’ names.

“We certainly want to have an indigenous influence over that, but also a European influence too,” he said. “It’s all about engaging with the community and the existing regional centres also have a say.”