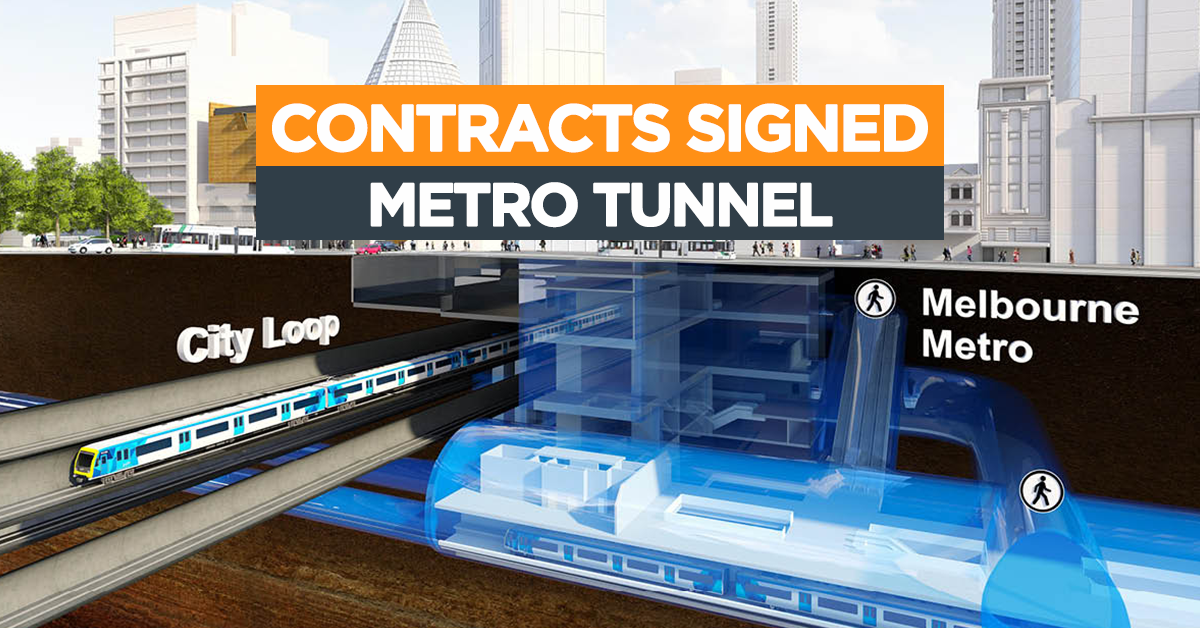 The contracts to build the biggest public transport project in Victoria’s history and equip it with next-generation, high-capacity signalling have been signed.

It’s the biggest contract on the biggest public transport project ever delivered in Victoria and paves the way for major construction on the tunnel and stations to start next year.

The final contract has also been signed with CPB Contractors and Bombardier Transportation to start work on the roll-out of high-capacity signalling on the Metro Tunnel.

“We’re getting things done, ramping up construction on this massive project to deliver a world class train network for Victorians where trains come so often you can throw away the timetable,” said the Minister for Public Transport.

The $1.1 billion Rail Systems Alliance will allow trains to safely run closer together, meaning they can run more often – creating a turn-up-and-go train network for Melbourne.

High capacity signalling will mean Victoria’s new fleet of 65 High Capacity Metro Trains will be able to run from Sunbury to Cranbourne and Pakenham and through the Metro Tunnel.

It will be the first time this technology has been rolled out on an existing network in Australia and will allow trains every two to three minutes.

Early works are well underway, major works will start next year and the project will be complete by 2026.