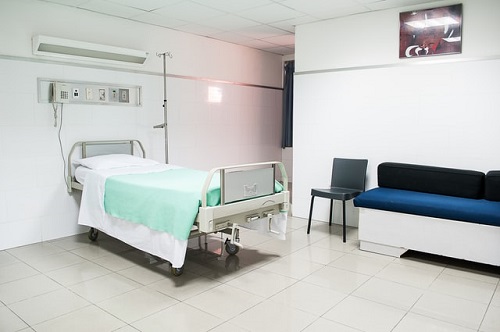 The Palaszczuk Government’s $540 million-plus Logan hospital expansion is powering ahead, with 900 mothers and their babies already benefiting from a new maternity ward and 206 new beds and treatment spaces also set to be delivered under the project.

Health Minister Yvette D’Ath said the Logan Hospital Expansion Project, which will increase the hospital’s capacity by almost half, includes:

D’Ath said: “Almost 4000 babies are born at Logan Hospital each year and I am so thrilled to be delivering these new and improved facilities for local women.

“Logan is a fast-growing city and already 900 mothers and their babies have enjoyed the comforts of the new maternity ward.

“One of the highlights of the refurbished ward is the new facilities for partners and family members meaning that for the first time, a partner or carer can stay overnight.

“The refurbishment will deliver six additional maternity beds, five extra birthing suites and an expanded special care nursery, which is a great outcome for local families.

“We’re also continuing to grow our health workforce and this term of government we’re hiring an extra 9,475 frontline health workers.”

Member for Logan Linus Power said the four-level vertical expansion of Building 3 was the centrepiece of Logan Hospital expansion.

Power said: “This is one of Queensland’s largest ever hospital expansions and will deliver more beds, better facilities for new families, and easier and more secure car parking.

“Over the next three years we will see the emergency department building rise by four stories and the open-air ground level built in, as well as major upgrades to many services across the remainder of the hospital.

“And that’s on top of the projects we’re already delivering to increase beds, improve car parking and upgrade services for the community.”

De Brenni said: “As demand for local health services grows, we need to keep investing in the local health network.

“This expansion project alone will support more than 1000 jobs during construction while providing significant employment opportunities for local tradies, subcontractors and apprentices.

“This provides a significant boost to hospital parking capacity, delivering 1506 undercover car parks with secure access directly into the main hospital building via an elevated linkway.