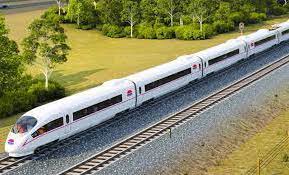 The expectation is for funding to go to the first stage of the Northern Corridor contributing to:

It is expected the improvements could cut travel times

The fast rail will support Sydney’s population which is set to rise by a further 3.7 million by 2060