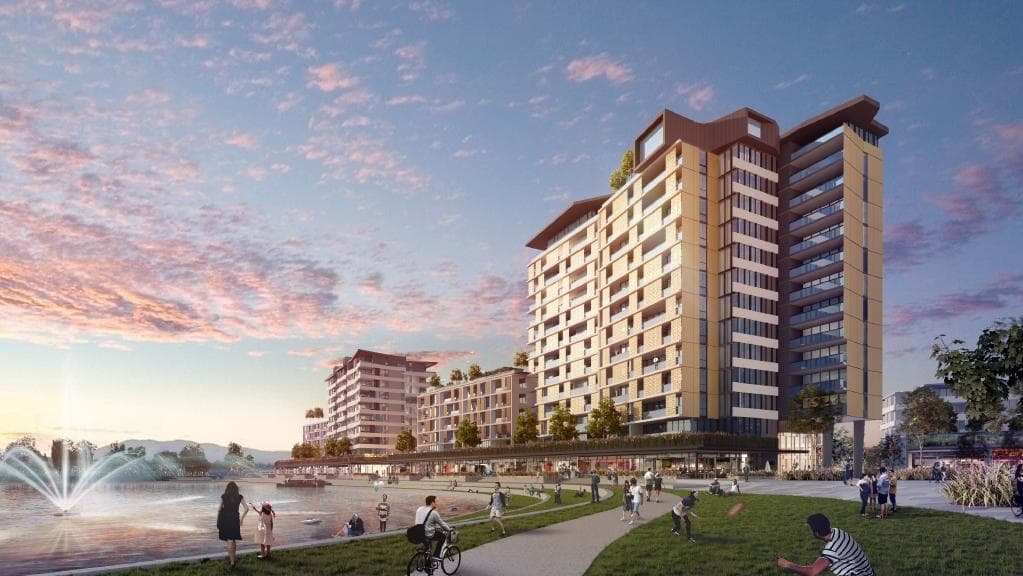 Construction work on ESQ, the $500 million East Side Quarter project in Penrith designed by Turner Architects will begin later this year, according to Sydney developer CABE.

CABE, which has received development approval for the first stage of the lakeside project, recently released new images of the master planned mixed-use development. The latest update on the project follows the recent resignation of its director, the former rugby league star Lou Zivanovic, who was disqualified by corporate regulator ASIC from managing corporations until next year.

The East Side Quarter project has CABE partnering with the Penrith League Club in the Panthers’ largest property project.

The ESQ is spread across 6.5 hectares, and will offer 850 one, two and three bedroom apartments as well as retail spaces, communal areas, lake frontage, nature walks and running tracks. Plans also include a wellness retreat, and lakefront dining and entertainment areas. Barbecue facilities and landscaped boulevards are some of the other features in the residential precinct.

ESQ is expected to be completed by May 2020.