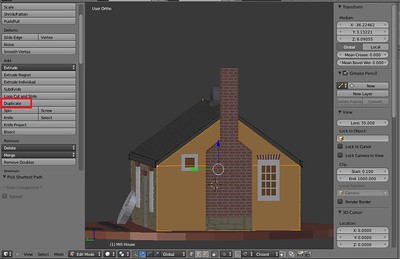 Just an hour east of the first mass-produced suburb in the United States, a new model of affordable, quick-to-build housing has been realized—and is now for sale—in the town of Riverhead on Long Island’s North Shore.

Boasting three bedrooms, two full bathrooms, and a spacious open floor plan, the suburban New York home in question (asking price: $299,999) is far from your typical, wood-framed affair despite its unassuming-looking appearance complete with traditional siding and a shingled roof. Built with concrete and 3D-printed using the patent-pending Autonomous Robotic Construction System (ARCS) developed by Long Island-based construction technology company SQ4D, the 1,407-square-foot home is the first of its kind to receive a certificate of occupancy and hit the open market via a multiple listing service (MLS) according to the company. While numerous 3D-printed living spaces have been completed in recent years, most are diminutive/ADU-sized, experimental in nature, and not necessarily meant for permanent habitation. This isn’t the case with the home at 34 Millbrook Lane, which SQ4D has deemed as the very first “permitted” 3D-printed residence in the U.S. (This claim, however, is somewhat disputable, as pointed out by Gizmodo.)

Situated on a quarter-of-an-acre lot just off of State Route 25 in the hamlet of Calverton, the energy-efficient home, designed by architecture and engineering firm H2M, also features a detached 750-square-foot car garage and a 50-year limited warranty offered by SQ4D for its 3D-printed structures. Most notably, the home’s foundation and interior and exterior walls were all printed on-site using ARCS technology and not fabricated within the controlled environment of an off-site warehouse before being transported to the site, as is often the case with 3D-printed structures.

Read more at The Architect’s Newspaper