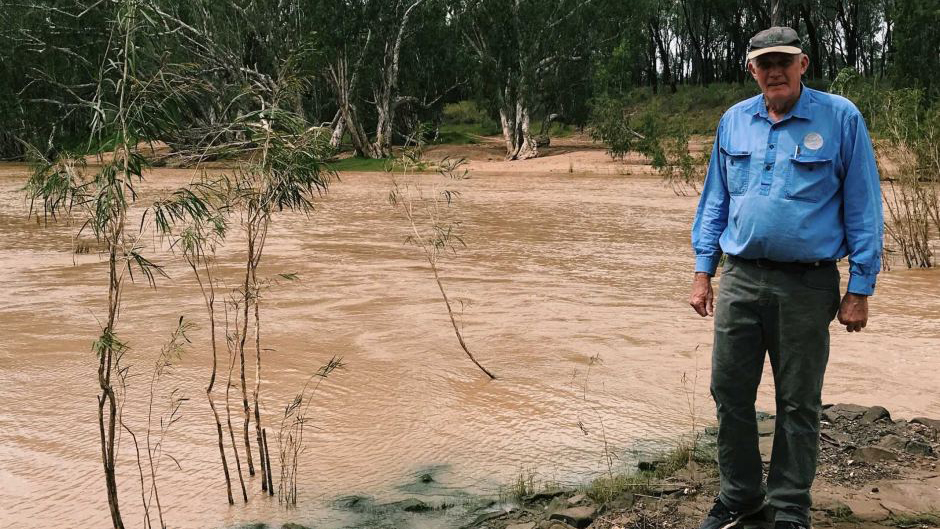 Decades of waiting by Central Queensland farmers appears to be nearly over, with the last chunk of funding for the construction of a major water infrastructure project set to be announced in Rockhampton today.

The Fitzroy River in Central Queensland is the second largest river catchment in Australia and the largest to flow into the Great Barrier Reef.

For many years, some farmers in the region have been pushing for a weir at Rookwood, 60 kilometres south-east of Rockhampton, to provide water to irrigate their crops.

“We’ve been hearing about water infrastructure between here and Rockhampton for nearly 100 years,” Mr Dunne told the ABC.

“The Rookwood Weir is probably in the last 20 years. There’s always been talk about capturing the water.”

Mr Dunne grows corn and mung beans on 2,000 of his acres, relying only on rainwater.

He believes that if he irrigated, he could double the amount of corn that he grows every year.

“At the moment, I’ve got no water, I’ve got a river here with plenty of water in it, but it’s not available for irrigation,” he said.

Funding for the weir has long been a battleground issue between the Queensland Government, which would own the infrastructure, and the Federal Government.

In February, the Queensland Premier committed to paying for half of the $352 million construction and its operation — on condition the Federal Government matches the offer.

Today Prime Minister Malcolm Turnbull is expected to announce it will fund half of the construction.

The Member for Capricornia, Michelle Landry, confirmed to the ABC the Federal Government would contribute $176 million and said the project was long overdue.

“Obviously, now it’s up to the State Government to get things moving, so they control the project, they own the water,” she said.

“I can see no obstacles now, everything’s been ticked off, they took over two years to get the business case done.

“I’m really looking forward to seeing those bulldozers out at Rookwood getting things moving.”

Colin Dunne welcomed any move to get the weir built but said that he did not know if he would be able to afford to take water from the weir for crops, because the cost per megalitre was still unclear.

He said those with crops that gave farmers a better return on using water — such as citrus, grapes and cattle feedlots — may be able to trump what he could afford to pay for the water.

The state-owned corporation, the Gladstone Area Water Board, is a significant backer of the project and is expected to take large amounts of water from the weir.

There was also the possibility that mining companies or other industries might bid for the water, too.

“I’m sure there’ll be a demand for it and it will just be a matter of who’s got the most money will get the most water,” Mr Dunne said.

The Queensland Government claims the weir could add 76,000 megalitres of water for agricultural production along the Fitzroy River, as well a backup supply of water for Gladstone, Rockhampton and Livingstone Shire.

It is unclear how long it will take to build the weir, if the state decides to accept the Federal Government’s money and formally commit to building the project.

The State Government claimed it could deliver water to the region within two years of construction starting.