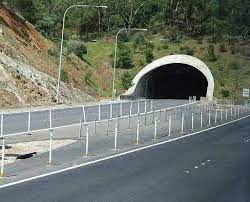 In a joint venture, Gamuda Australia and Ferrovial Construction will design and construct the new bypass, with major construction to begin early in 2023.