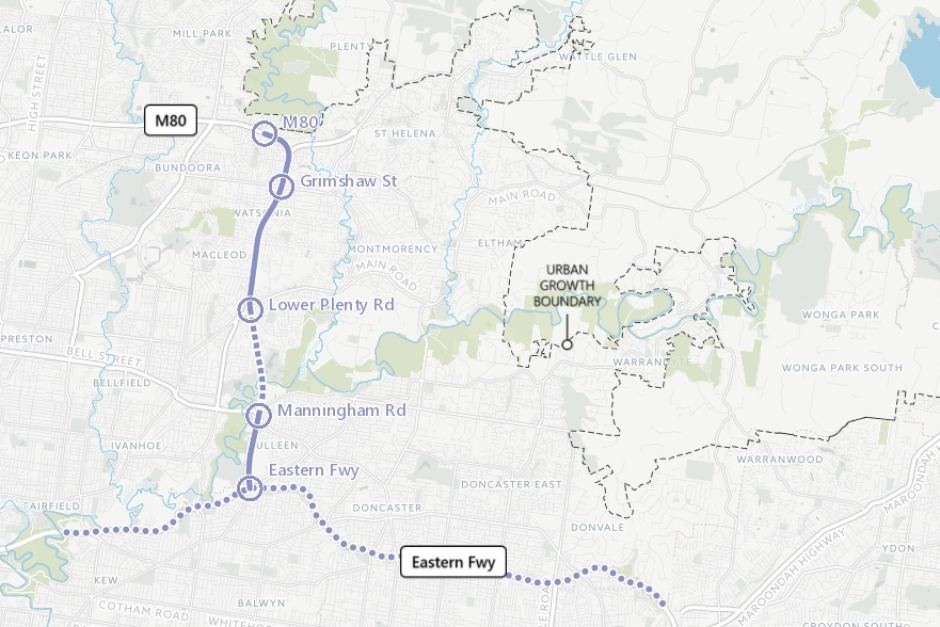 Premier Daniel Andrews has confirmed Corridor A is the preferred route for the long-awaited North East Link.

The budget announced for the project was $16.5 billion – more than double the $6 billion flagged earlier this year.

Door-knocking has begun to inform owners of properties that their homes and business would be compulsorily acquired but the total number of businesses and families impacted is not yet known.

Mr Andrews said there would be entry points to a tunnel on Bulleen Rd at Banksia St, Grimshaw St and Lower Plenty Rd.

He also said the tunnel would be 5km long, “longer than early discussions as we have tried to minimise disruptions,” he said.

Andrews ruled out emphatically that there would be tolls on the Eastern Freeway. The road will be paid for with tolls and state funding, and there is hope for federal funding.