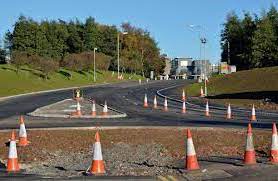 The budget’s infrastructure pipeline includes $76.7 billion set aside for transport projects across the state.